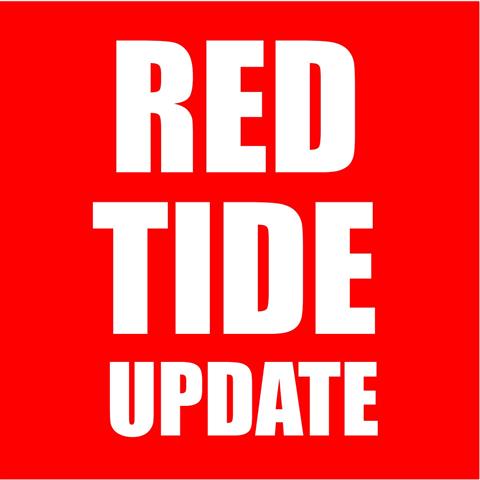 After more than a month of Red Tide, local agencies have finally confirmed negligible traces of Red Tide along the beaches of AMI! As of October 12, no traces were found off Palma Sola Bay and Cortez Bay, with trace amounts present on Coquina and Bean Point! Many attribute Hurricane Michael with the credit of breaking up the algae bloom and moving it off the coast. Local residents (especially this one!) are keeping their fingers crossed there is no impact on Stone Crab season, which begins October 15 every year. Although we’ve seen a slight return of red tide recently, the Anna Maria Island community is hopeful it will soon disappear once more.

Red Tide, a naturally occurring ecological phenomenon, occurs when there is an overpopulation of bacteria in the water. This bacteria blooms into toxic algae that suffocates and kills off small marine life, but never in the quantity as we have seen in 2018. This year saw record numbers of dead marine life, including marine mammals, which shocked our coastal communities who demanded answers and solutions. Much of the cause was due to human pollution, specifically sugar plantations and waste poured into Okeechobee river, then diverted to the Gulf of Mexico. Research is ongoing at Mote Marine for permanent solutions and preventable measures that can be taken for the future, but as of yet, nature still rules us.